In Defence of Tom Winnifrith. 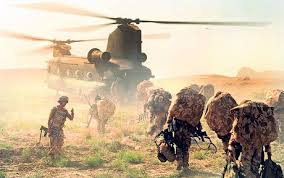 In Defence of Tom Winnifrith.

There are times when one has to speak up for those trying to shed light on the cess-pit that is AIM. That time has arrived.

I’ve witnessed first hand, particularly over the last 2/3 years, City of London Corporate corruption on the Aim cesspit. I’ve seen how low some of these rotter’s can go to try to silence the truth. I’ve taken an active part in exposing various shockers such as Landau, Ellerton; to name but two. I’ve had over the last 20 months 3 libel ‘letters before action’ from 3 Companies demanding apologies, compensation and solicitors costs or else dire financial ruin would ensue. I’ve been to the High Court and fought tough & nail for the right to write my opinion based on the truth. As for Company’s complaining directly, I’ve had a handful. Each and every one has been told to trot along to the High Court and issue their writ. I do not back down when I have the evidence to prove my case. It is the first rule of journalism. You do not put into print that which you cannot defend and win in a libel action. i.e You must have the evidence to back up what you are publishing. So take note Quindell PLC.

Which brings me on nicely to Tom Winnifrith. A Champion of investor rights. Whether you agree with his opinions or not you can debate them with him robustly. You can call him a few names and he’ll call you a few back, but at the end of it he’s more likely to buy you a drink then walk away disgruntled. Tom has bought me many a coffee after many a disagreement. We are men, we agree to disagree shake hands and leave it at that.

He has friends, colleagues, and contacts in every echelon and walk of life. His career has been a roller coaster with highs and lows. There’s been major success and failure along the way. Corporate fights, arguments and fallings out a plenty. But there is one thread that has been consistent through out. Tom Winnifrith is a good man to have in the trenches with you. He is as solid as a rock. We both went “Over the top” in battle fighting for our financial lives at the High courts of London. We both came out unscathed and victorious. Tom intends to write a book about it and in that book you will learn of the ‘Black Arts’ that I employed against the enemy. Suffice it to say Tom Winnifrith refused to be part of it.

Tom is at this moment working/living in Greece renovating his aptly named ‘hovel’, fighting rotten Companies, snakes, rats, bats and internet twats. The latter now causing myself and others great concern for Tom’s safety. For those who don’t know it he has over the last few years received several “packages” along with various threats to life and limb, some come via email others come through the post, all are sent by anonymous cowards. Some hurl abuse at him down the telephone, others post outrageous lies about the hygiene of Tom’s pizza restaurant, some tweet abuse then go ‘mental’ when he tweets back. (The nutters out there think they have the right to tweet/post abuse while the abused has no right of reply) but by far and away the most serious threat I’ve witnessed is the coward on twitter who made a direct threat against the life of Tom Winnifrith, he threatened to kill him via a “knife in the throat” This is way above the normal disgruntled share-holder who blames Tom/Shareprophets for exposing the fraud in a company he/she is invested in.

There’s always been detractors and haters, some are vociferous in their dislike, others abusive. Both are always met head on. He will argue with them till the cows come home. For as long as I can remember there has always been an element of abuse directed at him. But none of it was at the level it has descended to at present. At the moment the abuse this man is taking is despicable. It comes from people of low morality. People who are blinkered by their failure to acknowledge that the Company they are invested in is riven with greed and fraud and that the descending share-price is a result of that fraud. The fact that it was exposed by the likes of Winnifrith, Gotham or whoever is inconsequential to the fact that there’s fraud.  The abuse is of such graphic nature that common decency prevents me from putting into print some of the more lurid abuse and threats. Tom has rightly refused to buckle or give ground to the constant abuse and threats he has been instrumental in exposing Corporate greed, fraud and malfeasance in the City of London.

I’m going to speak my mind here and tell you all what the City of London know, at the risk of another FCA template denial.

Those tasked with the governance of the market, the FCA, are themselves just as culpable as the Corporate jackals who lie, cheat and defraud private investors. The Financial Conduct Authority cover up Corporate malfeasance. They hide it away using rules & regulations that have been specifically designed so that the great unwashed such as you and I are left in the dark without any idea about what has really gone on behind the scenes. The result is always the same. Your hard earned cash has evaporated. You will never get one single penny back. That’ s how they play it.

Make a complaint and you get a template response, that gets sent out automatically. Push as hard as you can and you get more template nonsense about how they have to protect the integrity of the market and cannot divulge what action they may or may not have taken. It’s bullshit!

So what are Private Investors to do? Where do we access genuine information that’s reliable and sound? If you’re like me you try to source it yourself, you get active and busy. You drive 300 miles to a drill site or you fly over to Vietnam or Italy, you agitate for information and opinion. You cultivate contacts’, It takes time, years of time. Not all of us can do it. So you have to rely on independent journalists, bloggers, posters, commentators analysts and researchers. People like Tom Winnifrith, who are prepared to stand up above the parapet and take on corrupt Companies.

We’ve all watched events unfold at beleaguered Quindell plc. There’s no need to go through all that’s wrong with the Company suffice it to say that Quindell stinks. It stinks to high heaven and it is the stench of corruption. Those tasked with running the Company are fully aware that they’ve been caught. It is a matter of time before the shutters are brought down.

It is people like Tom Winnifrith who have championed the truth against all the odds and all the abuse, Winnifrith has yet again proven to be an invaluable source for truth and integrity. You may not always like what TW writes but as Voltaire said; “I do not agree with what you have to say, but I’ll defend to the death your right to say it.”

Those out there threatening to stick a knife in to Toms’ throat need to be brought to account,  criminal charges should be pressed. This is the United Kingdom. If we disagree we use the pen not the sword.