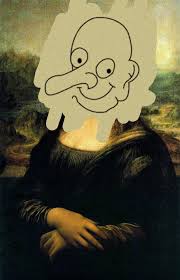 Today sees the official resignation of Peter Landau, the ill-fated CEO of Range Resources. We did call for his resignation, so are fully supportive of Landaus’ decision to jump ship although he’s not jumped very far. Floating onto a Non-Exec Directorship. I hope this is just a sop to the Landau vanity and not a case of back-seat driving. Time will tell but for now we give Peter Landau full credit for realising that his time was up.

His greatest achievement was putting together the Puntland drills. No mean feat considering the state of war torn Somalia. It took guts, intelligence and bravery to sit down with warlords, presidents and tribal factions. To actually negotiate under such conditions and keep the wagon rolling speaks volumes about Landaus’ diplomatic skills. For this he should be given credit. It was a great achievement. Sadly the drills turned to dust. But hey ho this was the geology and not the fault of Landau. The handling of the PR on the drills was woeful, for this he can be castigated.

We here at the BMD blog wish them well.

Our opinions on Range are honest and genuine. I’d hope that by now Peter Landau (The Moaning Sheila) realises that. We wish Mr Landau all the very best for the future.