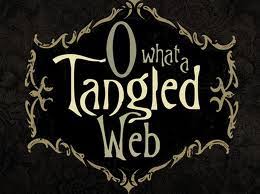 “Oh what a tangled web we weave, When first we practise to deceive!”

Sefton  – the 15 million question for the liar & crook Ellerton.

As each day goes by it gets worse and worse for fraudster Jim Ellerton, who has made at least $10 million from Sefton Resources as shareholders have lost 99.97% of their money. Mr Tom Winnifrith had another scorching revelation out today HERE.
http://www.shareprophets.com/views/1402/sefton-resources-2005-annual-report-note-8

Not to be outdone I today ask Ellerton and bully boy lawyers Pinsent Masons the 15 million question.

Exhibt B Of the Ellerton Deposition states that Ellerton issued on the 14 July 2004 to Mr Dillabaugh 15,000,000 million shares.

In 2008 Jim Ellerton swore under oath in his deposition/interrogatories  for the now infamous Dillabaugh vs Ellerton trial that Sefton had issued 15 million shares in July 2004 to mild mannered dentist Gary Dillabaugh to offset a loan Gary made to Jimmyliar personally.

I have looked through Sefton share issues in 2004 and the only issue which might encompass this is on 20th August 2004, I quote:

“The Company announces that it has placed 375,000,000 new common shares at 0.35p per share to raise £1,312,500 before expenses.The proceeds from the placing will be used for working capital, and a portion thereof is to initiate a Coal Bed Methane project in Eastern Kansas. Mineral leases are currently being acquired and negotiations are ongoing to purchase some existing gas production.

Apart from noting that gas and methane production in east Kansas has so far totalled ….0, this issue opens up just three possibilities:

There is no other possible explanation. Jim Ellerton is a liar and a crook. It defies belief that Sefton has still not fired him summarily. Once again I call on AIM to suspend these shares until a formal enquiry by an external and unrelated firm, i.e. not Pinsent Masons, is concluded.