Sefton: the Smoking Bazooka – Jim Ellerton is going to Prison.

On page 68 of his Deposition/interrogatories (Exhibit B) under oath (also made to a Colorado Court in April 2009) on November 28 2008 Sefton boss Jim Ellerton stated that he had allotted 3 million shares on March 5 2003 to dentist Gary Dillabaugh in order to offset a personal debt to him.

So were 3 million shares allotted at any stage in 2003 by Sefton? Yes. On 28 March 2003 Sefton announced that it had issued 3 million new shares to buy royalty leases.  Not to pay Jim’s personal bills but to buy assets.

So what are those assets? Where are they? To whom were the shares allotted? Which other Sefton directors knew about this?  This seems to be wholesale fraud.

The Police should be investigating this as a matter of urgency. Sefton’s shares must be suspended pending a full enquiry and Jim Ellerton must be fired by Sefton in disgrace at once. No Shadow Directorship masked as a “Consultancy” should be allowed here. That in itself is a fraud.

Game set and match. Jim Ellerton Go to Jail, do not pass go. Do not collect £400. 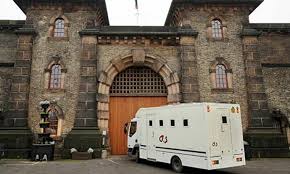 Ellerton has committed wholesale fraud and deception since the IPO in 2000. It’s now a criminal matter, which is  why the Nationals such as The Times, Mail, Press etc Have picked up on the story.

PS Note for Jim. Mr Big is awaiting your attendance in the showers at Wandsworth prison!