Just when you think life at the disgraceful Nostra Terra Oil & Gas (LON: NTOG) couldn’t get any worse yesterday they announced a keep the lights on placing for £500,000 part of that embarrassing  ‘barrel scrap’ is being raised through the Teathers crAp oops sorry the Teathers App. What that should tell investors is that Nostra Terra is ‘out of control’.  The current Board of directors are a joke. Where is the independent oversight from the Board? Having to go cap in hand to a busted Company for a bail out placing!

I’ve consistently warned people that they were after a placing. Indeed it was this site that exposed their last cack handed placing that cratered Read HERE. You know the one where Lofgran said; “A placing of new stock was in contemplation on 17 February 2017 but that the board of Nostra Terra has decided now not to proceed with the placing”  the truth of that was this. They couldn’t raise the cash because there was no appetite and the share price had gone below the placing price. It blew up!

Leaking of Inside Information

It’s blatantly apparent from yesterdays drop in the SP prior to the after market close RNS that NTOG is being influenced by well known Pumpers & Dumpers. Matt Lofgran, a man who has deceived investors for years and even loaned HIS stock to YA Global to short his own Company to the detriment of his own share-holders, has lost control of the Company. That drop in SP was a leaking of inside information on the placing. It should be investigated.

When a CEO, who is mired in controversy, has to rely on such desperate measures as using an online App to raise cash, at a discount and throw warrants in to pull them out of the financial cess-pit to keep the lights on for another 3 months then the end is nigh folks…. 12 people used the App! Who were those people? P&Ders! It is bankrupt morally and even more importantly close to financial ruin. There is very little left in the kitty. It is close to Bankruptcy. Where has all the money gone? £500K will get them another 3/4 months before they have to raise capital yet again at a discount. Investors have lost count of the amount of placings this POS has done. The figure in pounds sterling must be in the tens of millions. The erosion of value here is running close to 90% post consolidation which doesn’t take into account the previous dilution over 7 years. It is horrendous. It is a scandal. The regulators should step in and close it down. 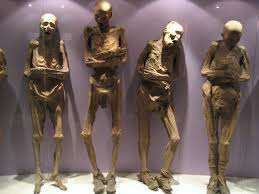 The failure of Lofgran to inform the market that production from Egypt has halved is yet another pointer as to the duplicity of this Company. That is market sensitive news that should have been released months ago. It is deliberately being with-held to keep their share-price up. Nostra’s 25% East Ghazalat production has more than halved from 220 bopd to approx. 100bopd. No revenue whatsoever has come from Egypt. The Chinese operators are claiming drilling costs that by far exceed any revenues owed. Nostra Terra are in Default.

However it’s only going to get much worse. News has reached me that shareholder cash has been used to pay online known internet Troll/s to deliberately attack their own share-holders who have a right to question the omnishambles that is Nostra Terra. This is absolutely disgusting! Share-holder money is being used to attack their own share-holders. I have contacted NTOG and the parties involved via email. Their failure to respond speaks volumes. I will give the Company and the parties involved till Monday 24th of April 2017 to clarify exactly what has happened. If no reply is received then I will drop the bomb and expose all.

Anyone holding stock in this POS should cut and run and get as far away as is humanly possible before the next P&D and the next placing.  Protect your cash, take a loss now as it’s only going to get much harder to exit. I see no value whatsoever other than shell value. Their liabilities and historical losses by far out weigh the market cap’. 1p is generous.