As you all know I am at war with the liars, hypocrites and crony capitalists at the sinking stinking shareProfits owned by the ‘colourful’ bullshitter and liar, Tom Winnifrith. The man who refuses to admit that he takes money from stinker aim companies to pump out their waffle. The ‘editor’ who got the job because he was the only one who could read & write (Confirmed by Tom), is the proven barefaced liar and copyright thief Ben ‘SafeHouse’ Turney.

Most know Turney as the fool who made  a complete arse of himself running the New World Oil & Gas bear squeeze under the ruse of a share-holder action group, when in actual fact said group was in it for the cash. Read their admission HERE. The debacle has cost UK investors millions of pounds, as the company remain suspended with all shares locked in. Turney isn’t a journalist he’s just the only one of the pizza crew who can read and write. So he got re-hired after being fired.  Turneys exclusive? Yawnnnn…. Sefton Resources and how we’ve sold all our Sefton stock. Lets not confuse lies with the truth which is that not 1 single share has been sold. Journalistic quality is sadly lacking at shareProfits because there’s NO JOURNALISTS THERE. It’s being run by a half-wit whose witterings consist mainly of,  A/ New world Oil.  B/ Sefton Resources. LOL! It’s like having bran flakes for breakfast, lunch, dinner and supper every day for months. Constipation.

Whatever gripes we may have with Winnifrith we could never accuse him of failing to put out variety. Some of it such as the China frauds and Quindell were excellent. 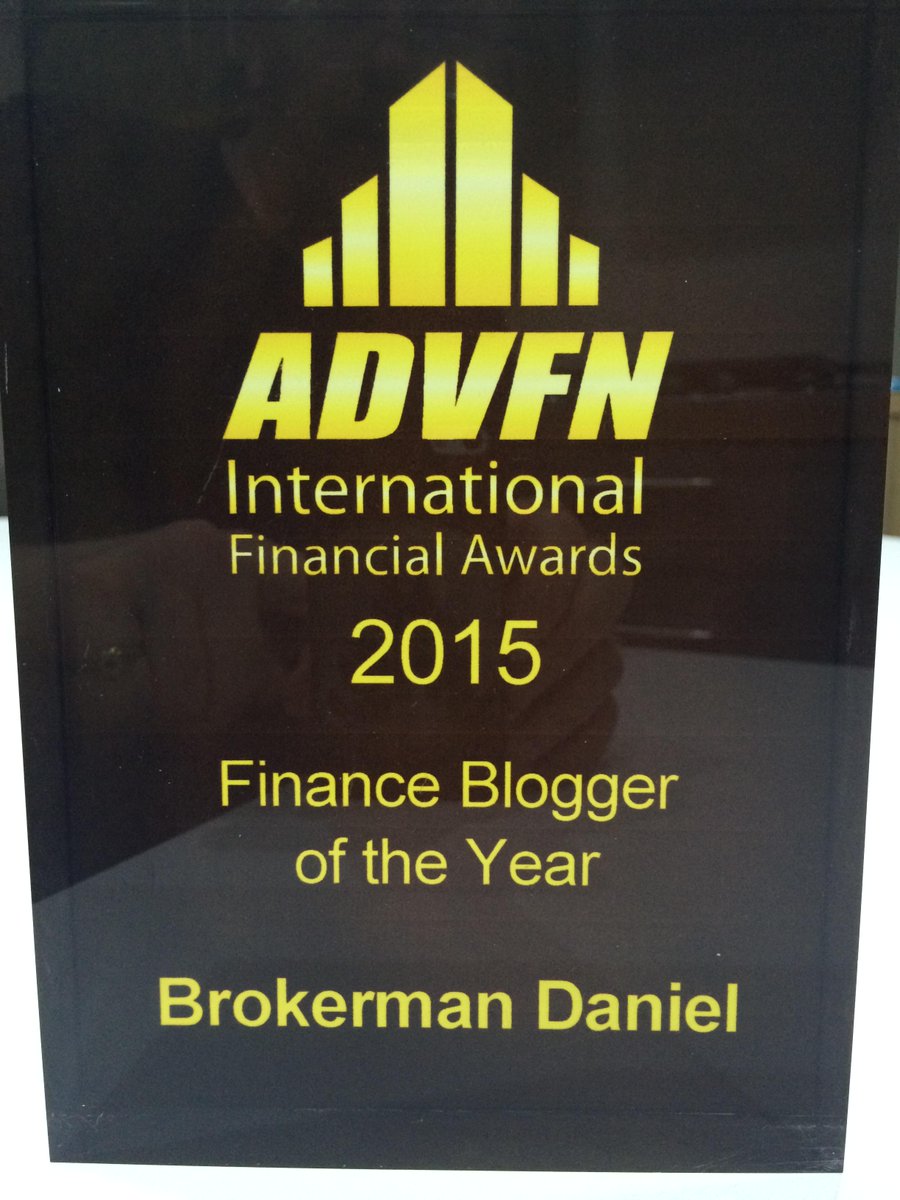 Now you all know how I won this!

Turn(ey)ing to another barefaced liar.

My recent dispute with the Pumper & Dumper, also using shareProfits to pump, goes under the name ‘Doc Holiday’ Holiday is mentally unstable. For that reason I have not revealed his identity or location. He has access to firearms.  Which is very concerning. I know the real identity of ‘Mr Holiday’ who seems to think that he can post abuse & threats via texts, voicemail’s, emails and tweets while remaining anonymous. He is a serial Troll. Leaving  abusive voicemails on my telephone howling like a wolfman. Which is actually shocking bad taste. The last person trying to use ‘human shields’ to deflect away impending doom was another mentally unstable liar, Saddam Hussein. Holiday has been tweeting and podcasting about how his family have been targeted?  The only person to have mentioned ‘family’ is in fact? Yes you’ve guessed it, Holiday himself. More lies trying for the sympathy card.

Holiday runs a plethora of fake twitter, chat accounts and emails that he uses to attack anyone who disagrees with any of the P&D’s. He has a proven history of abusive emails, posts, telephone calls and tweets over a considerable period of time. Stretching back years. You can read some of that HERE.  Recently Holiday tried to blackmail my friend Christopher Williams. He telephoned Chris screaming blue murder and threatening to release a voice recording of Chris telling him that there was a Sefton placing. Apart from the fact that Tom Winnifrith wrote an article telling hundreds that there was a Sefton placing who cares? Holiday records conversations, which will be a MAJOR concern for any CEO, Director, Broker or Private Investor. Recording telephone conversations is illegal. Releasing confidential off the record conversations is a betrayal that real men of integrity would never stoop too. It is a sign of burgeoning desperation to deflect away from his P&D activities.  The BMD Spotlight is now on YOU Holiday. After your ever more disgraceful attempts to blacken myself, using fake twitter, LSE accounts and your P&D mates.

Turney and Holiday were in full co-operation on the NEW bear squeeze, unlike Turney, the sap,  Holiday sold a considerable NEW holding in concert with his chums at Metal Tiger (LON: MTR) in a co-ordinated sell off. Buying himself a nice new motor vehicle. His Pump & Dump pals can be seen on LSE, twitter, etc. The Modus Operandi is always the same.

Target micro cap resource stocks especially those placing, whose sp can easily be manipulated.  Get in with the company via organizing podcasts, Q&A sessions, blogger articles, then flood twitter and internet finance chat sites with their pump. CEO’s turn a blind eye, because it helps them raise cash! They Ramp it to high heaven, or as Holiday likes to say ‘We’re going BillyO on it’.  The list is endless.  MSMN, RRR, NTOG, CEB, MXO, SRES, UJO, AFPO, WSG, etc. Once they’ve all sold out they keep up the ruse of how great a play it is then quietly drift away to the next P&D.  Keep watching them YOU’LL SPOT THE PATTERNS.

People may be wondering why I worked with Doc Holiday in the past on Sound Oil (LON: SOU) First off Sound are a fantastic company.  Above reproach. The answer to that is this: it is only over the last 6 months or so that I became aware of the duplicitous nature of Holiday via mysterious twitter attacks that always appeared after I’d disagreed with companies he was pumping, such as UJO, WSG, MSMN etc. His criminal threats and abuse of Christopher Bailey, Chris Williams, David Lenigas and Alex McKinley (among many others) forced myself to hastily investigate back. Similar to what happened on Sefton. It confirmed I’d got involved with a ‘wrong un’

Maybe Mr Holiday would like to declare his business involvement with myself and my companies? Or the payments, some in cash, some via cheque that he has trousered? Or the contract he signed? Or his submission of invoices to Sefton Resources? Or name the oil company that paid him through my company Madchester Media via an IR/PR confidential contract to assist them with their Image etc. That agreement had a confidentiality clause that has now expired.  It can now be reported. All quite legal and legitimate. I shall not disclose which company. Suffice it to say the agreement was mutually terminated.  Of course Mr Holiday never thought for one minute that I’d declare that in a public forum. Now as an infamous anonymous insider likes to say. “Not many people know that, but they do now!” ‘Cheque’ mate!

Back to sinking stinking shareProfits.

According to the bare-faced Liar Turney and shareProfits we sold all our Sefton stock. Yet more lies from the Liar. Oh sorry nearly fell into the Turney mode of constantly saying the same thing over and over again! LOL! Not one single share has been sold. It’s looking ever

grimmer at pizza boys place. Last I heard he’d sacked a member of staff for theft. Maybe if he actually paid people a decent wage and didn’t treat them like shit they’d not steal?  So let’s crack on with shareProfits and the CEO’s who only pay Winnifrith because they’re scared he’ll attack them.  This is an ever burgeoning group who have personally, off the record, confirmed this to me, over a number of months. Of course as a pro’ I never name my sources.  What I will say to each and every company is that Tom Winnifrith and shareProfits have had their day. It’s all over. Theirs no integrity (whatsoever) left. Seek your investor relations else where.  ShareProfits is now Toxic. Toms been pocketing £100,000’s from companies every year and yet would expect us all to believe he’s never taken any money. Come on Tom admit it you’re a big crony capitalist. Every company including mine has at some point worked with listed companies. The difference between myself and TW is that I’ll admit it whereas the 3 Stooges Winnifrith, Holiday & Turney liars, pump and dumper hypocrites et al, think that we are all silly enough to believe what they say.