The Smallcap Oil & Gas round up. Victory Special! 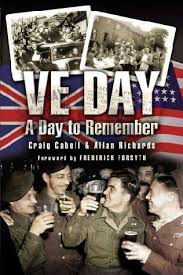 It’s a cold dark day for John J Ellerton the now Disgraced EX Exec’ Chairman of Sefton Resources. The crook today got his just desserts for 13 years of Lies and Fraud. I told Ellerton in Feb’ 2013 Unless he withdrew from the field of battle that ‘I would bring him down’ “It is a fight to the death & no quarter will be given” I will never back down in the face of fraud and lies. I, like, Mr T Winnfrith stand firm. Today is V.E Day.  Victory over Ellerton.

Mr. Ian Thomson, Chairman of Argos, said: “The 3D seismic data we have obtained is the best quality data seen in the basin to date. This has allowed us to map with confidence numerous stratigraphic prospects associated with the Early Cretaceous delta system that is a principal feature of the licence area. New proprietary geochemistry studies have also confirmed that two proven oil source rocks within the licence area are mature for significant volumes of oil generation, and this has added to the improved estimated chances of success for most of the prospects. The directors continue to actively consider various financing options to facilitate exploration drilling.”

Gulf Keystone (LON: GKP)
It’s a nervous time for the Board and Investors over at GKP as September brings the litigation result between Excalibur Ventures LLC & GKP. The company announced that they will ‘announce’ their half year results, for the period ended 30 June 2013, on 19 September 2013. I’m announcing that they’re announcing that they’ll announce yawnnnnnn!

Hardy Oil & Gas (LON: HDY)
Reported its Half Year Results for the six months ended 30 June 2013. In summary. PY-3 – Afull field development plan has been provided to partners for approval prior to submission to the GOI. D3 – Various geophysical studies undertaken to advance finalisation of prospect locations toward completion of the MWP. D3 – Declaration of commerciality for the Dhirubhai 39 and 41 natural gas discoveries is under review by the Government of India. GS-01 – Field development plan for Dhirubhai 33 natural gas discovery is with the GOI for review. Discussions were held with our joint venture partner to increase our interest in the block. CY-OS/2 -Hon’ble tribunal ruled in the Company’s favour, allowing for a further three years to appraise the Ganesha-1 natural gas discovery and awarded interest and costs to the Company (contingent asset – $24.8 million). The GOI has lodged an appeal, against the Hon’ble tribunal award, with the High Court of Delhi. Total loss amounted to $2.0 million (H1 2012: loss of $7.2 million). Cash outflow from operations (before changes in non-cash working capital) $2.2 million (H1 2012: outflow $4.4 million). Cash and short term investments at 30 June 2013 amounted to $27.8 million; Hardy has no debt. MacKenzie, Chief Executive Officer of Hardy, commented: “While the Company has experienced some headwinds recently we remain committed to delivering successful exploration and production in India. The recent government approval of the gas pricing formula proposed by the Rangajaran Committee, along with rising gas demand across the industrial, residential and power sectors, provides us with the confidence that we are well positioned in the right environment to provide energy to the Indian market.”

JKX Oil & Gas (LON: JKX)
Has successfully completed the 10 stage multi-stage frac in well R-103 and the frac crew and equipment are now being demobilised. The remaining plugs separating the frac stages are currently being drilled out and flow-back has commenced. This flow-back phase is expected to take approximately 3 to 4 weeks with stabilised gas flow data expected in a further 4 to 5 weeks.

Lekoil (LON: LEK)
Further to the announcement of 26 June 2013, drilling of the Ogo-1 sidetrack well is still ongoing with completion now expected during September. Well testing, as appropriate, will occur thereafter.

Max Petroleum (LON: MXP)
Has commenced drilling the UTS-13 appraisal well in the Uytas Field on Block A. The well will be drilled to a total vertical depth of approximately 200 metres targeting Cretaceous reservoirs using a newly acquired mobile truck mounted rig from Zhanros. This is the first of 10 remaining wells to be drilled to depths of between 200 and 450 metres as part of the initial appraisal programme for the field. Earlier this week MXP said they had finished drilling the BOR-4development well in the Borkyldakty Field, reaching total vertical depth of 1,609 metres. The well successfully encountered approximately 31 metres of net oil pay across four Triassic reservoirs ranging in depths from 1,395 to 1,532 metres, which was in line with expectations. The Company plans to complete the well and place it on production as soon as practicable. The Zhanros ZJ-20 rig will now move to drill the BCHW-3 appraisal well in the Baichonas West Field.

Nostra Terra (LON: NTOG)
The AIM quoted oil and gas producer, with a growing portfolio of horizontal and vertical drilling projects in the USA, updated on the Verde Prospect where it has a historical 16.25% working interest, located in south-eastern Colorado. Highlights included; Third well permitted & to be drilled in 60 days with an increased WI to17.54% from 16.25%. 200% return on Verde 1 expected by year end. Following the rapid payout of the initial well, additional leasing was targeted along with drilling to expand the size of the prospect. Leasing for the next drilling location has now been finalized with Nostra Terra increasing its WI in the well to 17.54%. Permitting is in process and the well (“Verde #3”) is scheduled to be drilled within the next 60 days. The first well in this project reached payout in less than one year, it continues to be a strong producer with cumulative net proceeds to Nostra Terra estimated to reach 200% of the Company’s original investment, by year-end. Due to the strength of the prospect the Company plans to continue to participate in further development. Alden McCall, Chief Operating Office of Nostra Terra, said; “Our first well in the Verde Prospect reached payout in approximately ten months of production, which is outstanding. We continue to be very pleased with this project and are looking forward to the results of the third well. Core analysis of the second well indicates that it will make an excellent injection well when the project is water-flooded in the future, and our investment in the well will be recovered in that way. The Verde Prospect remains an exceptional prospect and we intend further participation going forward.”

Oilex (LON: OEX)
Successfully raised $3.4 million through the placement of new shares to domestic & international Sophisticated and Professional Investors at $0.05 per share. The placement also consisted of a one for two attaching listed option (ASX:OEXO) with a strike price of $0.15 expiring on 7 September 2015. The bookbuild was supported by new and existing Oilex shareholders and closed oversubscribed. The Placement will be conducted in two tranches. The first tranche will utilise the Company’s available 15% placement capacity under ASX Listing Rule 7.1 which will total 38 million New Shares raising $1.9 million. The remaining 30 million New Shares will be issued in the second tranche subject to shareholder approval which will be sought at an Extraordinary General Meeting  scheduled to be held as soon as practicable. The issue of all of the attaching Placement options will also be subject to shareholder approval at the EGM.

Ruspetro (LON: RPO)
The independent oil & gas development and production company, with operations in the Khanty-Mansiysk region of the West Siberian basin, announces its first half 2013 results and an update on its operations to date: Click HERE to read.

Out on his arse went John J Ellerton today. The now Disgraced & Humiliated EX exec’ Chairman finally got his just rewards for 13 years of lies and fraud.