I’ve recently learned about a clever initiative to help young entrepreneurs build their businesses in the international trading field.

The Anglo African Co-Operative Society http://anglo-african.org/ is designed to assist and facilitate entrepreneurs with business transactions between the UK and Africa, owned and operated through a member owned cooperative society. It’s a fantastic way of actually directly helping people who otherwise would fall under the investing radar.

It’s very much a social enterprise at this time, aimed at harnessing the entrepreneurial talents of young people in both the UK and Africa, especially those with links to both. They are looking to build an online platform that will help bring entrepreneurs together, find the right connections and trade between each other. It is being established as a cooperative society, so the returns will flow to the members who trade with each other rather than to outside shareholders. This will not make the founders rich, but they are hoping to help build it up to something that makes a genuine difference to many young people’s lives.  Who knows, if they are successful, perhaps their businesses will become stock market stars in the future.  You can become a Member and get involved click HERE and importantly it’s FCA registered. FCA Registration of the Anglo African Co-Operative Society It’s a genuine attempt to help people less fortunate than ourselves. 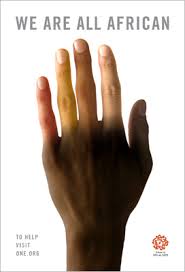 As you all know I am very much a believer that we have a duty, to help people regardless of race, religion, colour, creed, disability or sexuality.  There’s only one race of people on the planet and that’s the Human Race. Help should always be given. And help that sustains and builds a future is the best option. Helping to build a productive future rather than rely on hand outs; trade not aid! Seems to me to be the best way forward
Anglo African are running a crowdfunding campaign to get things moving, so please have a look:

Any support you can provide would be most appreciated, either by making a contribution and/or sharing with others. These things depend on building a wide audience.  They’re not asking for hundreds of millions of pounds. A small donation of £5, £10 even £1 every donation no matter how small is gratefully accepted.  Do some thing nice today.

I will be making a donation.