I really can’t understand how investors are still remaining on the fence re’ Sound Oil (LON:SOU) who once again have just pulled a major financial rabbit out of the hat. Sound confirmed today that they have signed ‘non-binding’ terms on a €7mln reserve-based lending facility to fund its 2nd well on the Nervesa discovery, onshore Italy. Note the emphasis on “discovery”

The proposed deal is being tabled by Greenberry SA, an affiliate of Continental Investment, Sound’s cornerstone investor, who investors may or may not recall paid a huge premium themselves to grab a 15.48% stake in SOU.

Sound says the loan, which ‘carries a 5% annual coupon, fully funds Nervesa going forward, allows it to retain its cash balances and offers a more economic and less complex alternative to a proposed farm-in deal. Now what this means is that the Niche Group farm-in has become basically irrelevant.  It further strengthens the investment case that the Company are continuing along a path that will lead to a potential financial bonanza for those that can stay the course. Maybe this is why their Major Institutional Investor Continental has pushed Greenberry forward to take away any doubt re Niche providing funding for Nervesa. Remember Greenberry are an affiliate of Continental. Ergo Continental MUST be extremely confident on the returns they will make from these deals.

As part of the deal Greenberry get a 4% royalty on gross revenues from the Nervesa discovery, while an arrangement fee (And this is a very interesting point) will be paid via the issue of 3.9mln shares at 16p each (25% premium to Friday’s close).

The boy Parsons said: “This loan will be the second major investment by our cornerstone institutional investor and demonstrates the value of our flagship asset, Nervesa, which will achieve first gas in 2015.”

Just as an aside I was going through the RNS lists on ADVFN when it struck me that each and every one of these RNS’s,  just by their headline, gives an accurate picture of exactly what is going on. http://uk.advfn.com/p.php?pid=news&symbol=L%5ESOU 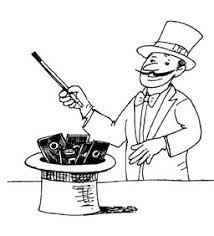 It looks to me that the goose is being fattened up for some form of major farm-in or takeover. Which is why I will be listening into tomorrows Investor Conference Call, then making my way down/up to the big smoke for a tete a tete with the Company who are presenting at the 67th Oil Barrel Conference in London on the 25th September 2014. There are a (burgeoning) group of Private Investors & City bods who’ve managed to organise an hour with the Company at The Jugged Hare 49 Chiswell St, London EC1Y 4SA from approx. 11.40am for a general face to face chat.

Should be interesting. It just keeps getting better…