The Smallcap Oil & Gas round up.

The Smallcap Oil & Gas round up.

As ever a good round up of what’s gone on. If you’re company are not mentioned or you’d like us to include them then do please contact us. It’s free. No charge!

Circle Oil (LON: COP)
Has commenced of drilling of well EMD-1 on the offshore Mahdia Permit using the drillship PetroSaudi Discoverer. The well is located within the vicinity of many producing fields, including the Tazerka, Birsa, Oudna, and Halk El Menzel oil fields, and the Maamoura gas field. The well is planned to test the play potential of the El Mediouni prospect, including the primary Birsa Sands target and the secondary fractured carbonates of the Ketatna Formation. The Birsa Sands alone have a management pre-drill P50 estimate of 185 MMbo STOOIP. The primary target, the Birsa Sands, is expected at 1,260 metres MD with the Ketatna Carbonates at 1,460 metres MD. The management view on the recoverable prospective resources estimate for the El Medouini prospect is 46 MMbo for the Birsa Sands objective alone. This is substantially larger than the recoverable commercial threshold for the area which stands at approximately 10 MMbo. Depending on progress rates the well is expected to take approximately 5-7 weeks to drill.

Gulf Keystone Petroleum (LON: GKP)
Big problems here not only with the voracious Todd Kozel but with the emerging civil war in Iraq. I did warn people a year or so ago! The company released a production update. Click HERE

Hurricane Energy (LON: HUR)
Has completed the drilling phase of the ongoing operation to drill and test a horizontal appraisal well on its Lancaster discovery, West of Shetland. The well has been drilled to plan and a one kilometre horizontal section through the basement reservoir is now being prepared for testing.

Kea Petroleum (LON: KEA)
Announced completion of the Puka-2 workover component of Phase 1 of the farm-out agreement with MEO New Zealand Pty. Phase 1 is intended to boost existing production and assist future field appraisal. It includes the workover of Puka-2 and the drilling of a new well, Puka-3, from the existing pad. The total NZ$5 million funding for Phase 1 has been received from both parties.

Leni Gas & Oil (LON: LGO)
It just keeps getting better for LGO! Well GY-665, the second of 30 new development wells, has now intersected 687 feet of gross oil bearing sands in the Gros Morne formation, the primary target of this well, from 2,006 feet to 2,693 feet. The well will now be electrically logged and cased, and completed as a Gros Morne producer. Net pay will be confirmed by means of electric logging, however, the Company is confident that this will be comparable to the nearby GY-664 well completed last month. The previous plans to intersect the Lower Cruse will be carried over to one of the other three wells to be drilled from this well site. Well GY-665 is approx. 800 feet south-west of the first new well, GY-664. GY-665 is the first of four planned wells from the same drill pad. Wells GY-664 and GY-665 are separated by a known fault zone with GY-665 structurally shallower. The first new well, GY-664, continues to produce at a steady rate and pressure through a 6/32-inch choke and has now been tied in by flow line to the newly refurbished Tank Battery #207.

The Company has already reported that GY-665 intersected a net oil pay in the Goudron sandstones of at least 270 feet in the interval 590 to 1,440 feet. This net oil pay has been confirmed by independent petrophysical consultants from the electric logs taken from surface to first casing point at 1,606 feet. In the light of the results in the current drilling campaign the Company has initiated arrangements to mobilize a second drilling rig to the Goudron Field in order to accelerate the drilling of additional wells. Additional information on this will be provided as soon as it is available. It’s speeding up! Lgo also said that once cementing work is complete at GY-665 Well Services Rig 20 will be prepared for skidding to the next well location, expected to be designated GY-666, where a well deviated 960 feet to the south-west will be drilled to the primary Gros Morne sandstone reservoir.  Skidding entails the lowering of the rig mast and disconnection of the power and mud services prior to the sliding of the rig sub-base approximately 20 feet before the mast and services are reconnected.  This is expected to take 2 to 3 days to complete.

Maple Energy (LON: MPLE)
An integrated energy company with assets in Peru, updated regarding its ethanol business and operations for the period from January 1st to March 31st, 2014 Read it by Clicking HERE

Max Petroleum (LON: MXP)
The ZMA-E7 development well in the Zhana Makat Field has successfully reached a total vertical depth of 997 metres, encountering hydrocarbons in Jurassic sandstone reservoirs in line with expectations. The Company plans to complete the well and then place it on production as soon as practicable. The Zhanros ZJ-30 rig will next be mobilised to the Zhana Makat main camp where it will be stacked. The cost of stacking the rig is expected to be immaterial and it will ensure the rig is ready to drill the ZMA-E8 well once regulatory permission to drill the well is granted, expected in Q3 this year. Estimated total cost to drill the ZMA-E8 well is less than US$1 million, in line with other wells drilled at Zhana Makat, and will be targeting a potentially significant extension of the Zhana Makat Field to the south east of the existing appraised area. You can read the latest Reserves and company update by clicking HERE

Mosman Oil & Gas (LON: MSMN)
Announced an oil strike. The shares went mental at one point climbing to over a 260% increase. At midnight (NZ time) on Sunday 8 June, Cross Roads-1 has reached a depth of 172m. Due to oil shows (fluorescence) at 146m, drilling was stopped and coring commenced. Oil shows (fluorescence and cut) and visible oil on core from 151m continue to the current depth of 172m. The rock samples and core are interpreted to be from the Eight Mile conglomerate formation, as expected at this depth. Coring is providing valuable rock and fluid information, and will continue. Due to the oil shows, additional wireline logs will now be run in this 8.5 inch hole section and the Company will update shareholders accordingly once full data analysis has been completed,

Oilex (LON: OEX)
Rather strange RNS this week form OEX. A Cambay-77H Well – Fracture Stimulation Operations Update. What we got was a link! That was it!
http://www.rns-pdf.londonstockexchange.com/rns/1307J_-2014-6-9.pdf 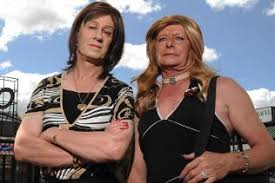 Ruspetro (LON: RPO)
Has spudded its second horizontal well (number 251) from Pad 23b having completed drilling of the horizontal section of the first well, number 214. Production from well 251 is expected in August 2014. Well 214 is currently being completed with first production expected in July.

Sound Oil (LON: SOU)
Has received the formal award of the D.R74.AP Permit (previously the D150DR-CS Permit) from the Italian Ministry of Economic Development. The permit, owned 100% by Sound Oil, contains the Laura field, a discovery located 4km offshore in the Gulf of Taranto, Southern Italy, which was discovered by ENI in 1980. The Laura discovery was previously successfully tested, delivered a stabilized rate of 10 MMscf per day and has an independently assessed resource of 30 Bscf (P50).

Sound also confirms an increase in its internal proven reserve estimates at its onshore Rapagnano gas field in Italy. Since achieving first gas in May 2013, the Rapagnano gas field has produced over 4 MMscm (0.14 Bscf) without a lost time incident. This is significantly ahead of the Company’s original production estimates. Based on updated data the Company has upgraded its internal estimate of proven (1P) reserves at Rapagnano to 30 MMscm, a 31% increase on the year-end 2013 estimate of 22.9MMscm (0.81 Bscf). The Company’s proven and probable (2P) reserve estimate for Rapagnano remain unchanged at 36.2MMscm (1.28 Bscf), with production expected to continue on an extended plateau rate for at least another 12 years. The boy ‘Parsons’ (CEO) commented: “Our strategy of monetizing our smaller production assets has been borne out by these very pleasing results at Rapagnano. Our next asset to come on stream will be the Casa Tiberi field with production start-up expected shortly.” Going great guns! The ‘boy’ is doing rather well.