Nostra Terra The ‘Circus’ of Lies. Back in Town. Clown Players Exposed! 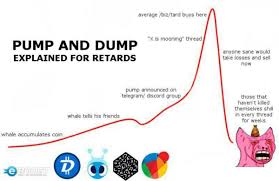 I’ve been sat on some of this information for quite some time, as a matter of fact since 21st April 2018. Now remember that date, (which I’ll explain later down the thread). I’ve been waiting for a big enough example of the disgraceful, wholesale lies and fraud perpetuated by the main ‘players’ to appear and yesterday’s Nostra Terra Oil & Gas (LON: NTOG) so called ‘MM short’ that has been pumped out over the twitter and BB sphere now gives me the easiest example of the many failed Pump & Dump attempts this lot have perpetuated (not only on NTOG) on the gullible investors/traders, that can be duped into swallowing the utter ‘horsepox’ the band of not so ‘Merry Men’ perpetually scream online.

Yesterday and no doubt today, which isn’t the first and won’t be the last, there were five accounts on twitter and various accounts on London South East & ADVFN, pushing yet another Nostra Terra Oil & Gas SP manipulation. Come on down the ex-Vox booted director David (pay me, I’ll Ramp 4U) Burton, ably assisted by his ‘Clowns’ Ben Turney, Alex McKinley & Mikey Whitlow and last, but not least the NTOG shorting CEO, proven Liar and bullshitter Matt ‘scumbag’ Lofgran. All five are on twitter and four of the named individuals have separate platforms that blast out utter spurious guff, masquerading, as financial AIM market commentary 24 seven.

Apparently, according to ALL of the above, including the CEO of Nostra there’s a Market Maker (MM) short of stock in NTOG, inferring a ‘short squeeze’. One may ask how all 5 of these chaps came to that CONclusion? Bearing in mind that there’s absolutely no truth whatsoever to this unsubstantiated claim. Just quite what a CEO is doing on twitter stating such nonsense breaks every AIM rule in the book on sensitive financial disclosures…

Well let me tell you. On the 21st April 2018 the day of the UK Investor Show, four of the above met in a public house (Mr Burton, Mr McKinley, Mr Whitlow & Mr Turney) where they agreed, among other things, to form a ‘mutual self-help society‘ i.e. they made a pact and conspired to ‘Promote’ each other’s tweets and blogs/articles/podcasts. Sources who witnessed it also tell me that they believed they could become a force greater than ShareProphets. The deluded ‘Wannabees‘ thought they were going to take over the world of micro-‘crap’ info……

The terms of said ‘Clown Pact’ were/are to retweet and back up each other’s tweets/blogs/news/articles/podcasts. If you check all four twit timelines, (Deletions galore post this blog)  you’ll notice an unhealthy correlation between ALL four accounts when it comes to certain stocks. Take for instance Nostra Terra Oil & Gas the piss poor microcap that cannot self-sustain without continually raising cash. It has to duck & dive via placings, warrant sales, it’s in debt up to its eyeballs, mired in legal disputes ad infinitum and has piss poor stripper well fields, which are touted as ‘company makers’. (Stripper well fields contain wells deemed economically at the end of their productive life and require constant cash burning workovers to slurp up the remaining dregs of oil left. Such wells produce a few barrels of oil per day, at best, then require shut-in for workovers etc.).

The economics of stripper well production when combined with the cash burn of an AIM listed company to flesh out the ‘Jackanory’ has one purpose and that is to fool the mugs into trading the stock to increase the liquidity so that the company can place and keep the balls in the air. ‘Balls’ being the fat fees those running the show take! Those that assist with the bogus promotion often trade into the rises and some like Turney & Burton and no doubt the others get paid or have been paid by the CONpanys. It’s nothing short of a scam.

The history of Lofgran is one of total failure and scurrilous lies. There is no short squeeze here. No Market Maker desperate for stock to close a short. It is sheer fantasy to enable, nay manipulate, the SP upwards for the yet again Placing that is inevitable. The shorting Shyster has been running around the City gauging the appetite for a Placing. Hence the continual ramptastic horseshit of the Band of not so ‘Merry Men’.

The Gang of four will no doubt deny it, however using NTOG as the example just check how many tweets, blogs, articles and podcasts there’s been on this POS from the ‘Merry’ men that’s been cross pollinated between themselves. Of course it could all be just a coincidence….. Sadly, the form book on other stocks they’ve all been cross-pollinating and ramping kills that Trumpian defence stone dead. As does their ‘Meeting’ in the boozer at the UK Investor Show on the 21st April 2018. Witnessed and 100% correct!

The ringmaster of this ‘circus of lies?’ David Burton of Tell Mugs Shite (TMS). The sad clowns perform for a few shekels……  Oh, what a wicked web we weave when we practice to…… Tell Mugs Shite!

Now not a lot of people knew this, but they do now!