Once again I write on the utter omnishambles that is Nostra Terra Oil & Gas (LON: NTOG). I urge every one involved to contact The FCA, AIM Regulation & their Nomad to demand clarification on what is wholesale market abuse. 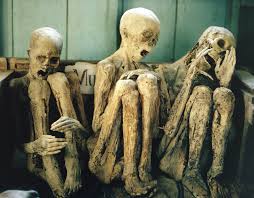 As part of my attempts to bring some skin into Sefton Resources I moved within hours of the Independent Resources announcement last week. My interest was  regarding asset/s that may or may not come on to the market for sale. I discovered, after speaking to the operator/s and various interested parties that production has basically HALVED at East Ghazalat. That production decline has been going on for months. Not so much as a peep from Lofgran or their Board. Nostra have deliberately withheld market sensitive information on a steeply declining production rate in Egypt. It is a ‘Cover Up’ of material facts that should have been reported to the market and shareholders.

This explains the Company’s change of tact in ‘Canning’ reporting production figures to the market.  I also learned that the company maybe close to a default on the assets in Egypt which are the subject of an on-going legal dispute, a clusterfook of epic proportions.

The failed placing, which was exposed in the public interest by myself, has now lead to a change of Broker. Come on down Smaller Company Capital Limited. A tiny bucket shop broker with nine clients. Wonders never cease, the broker of a well known Pump & Dumper who has a history of twitter trolling and barefaced lies. And it just so happens, coincidently… One of the ramptastic morons who regularly talk utter shite about Nostra! And yet again the same man is in regular contact with Matt on twitter, via email, podcast and telephone. What a ‘Coincidence’!!!

Remember the rule of thumb. Change of Broker always comes because they’ve exhausted retail appetite from the previous Broker. Expect a placing here.