Reports of my Death Have Been Greatly Exaggerated! 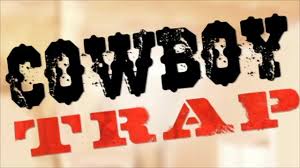 It’s been a tough few months for Yours Truly.

Last year my partner employed a builder to extend a property. The job should have been completed in 3 months. 8 Months later I sacked the cowboy, fists flew and the builder ran to the police with a black eye, busted lip and a bruised ego. After spinning a tall tale of lies I was arrested.

What the builder failed to tell the old Bill was that he had been fitting the gas boiler when he wasn’t qualified or gas safe registered. (I came within a hairs breath of being blown sky-high) Like wise the electrics.  It was a nightmare; steel girders had not been bolted & cleated or fire-boarded. Insulation had not been fitted in the walls. Drains, sewer pipes, windows, floors, doors, etc etc etc The list was endless. Live electrical wires every-where. The property was a death-trap. A true nightmare.

Of course the conman had claimed VAT  when he wasn’t registered for VAT.  We then began to investigate the RAT. It came to light the said RAT had been an informer for the Security Services (Iranian Exile). We began a civil action  then mysteriously I was re-arrested and charged with witness intimidation. Bail denied. Al a carted off to Strangeways jail. Apparently the RAT had received an anonymous telephone call threatening him.

Like so much of the lies this man told; on the 10 April 2014 after 7 weeks locked up the charge was dropped. The mysterious threatening telephone call? It never happened. If it did it was a home industry idea concocted by someone or some organisation vested in London. I wonder who? Home James.

You couldn’t write this stuff!

Many thanks for all the support and concern received. You all know who you are.

Message for Special Branch.  Go and fuck yourselves!