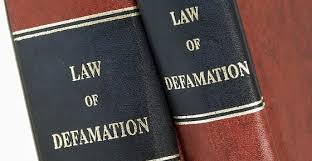 The boot is now on the other foot, Gentlemen.

It is going to get interesting. Who at Sefton Resources Defamed my good name IN THE 29th January 2013 Telegraph diary article?

According to Alex Walters (CadoganPR) it wasn’t him. According to Harriet Dennys it was Sefton PR and another Sefton Employee. (Harriets’ notes do make interesting reading.)

It was stated in the Diary that I was writing articles on Sefton because I was shorting the company. This was 100% lies. I repeat; as I have repeated all along. I have never shorted Sefton. The now disgraced Ellerton was aware of this in late December 2012. My solicitor had written to the company as part of Ellertons’ attempt to disenfranchise any holding I may or may not have held at the time. The Pinsent Mason letters to the FCA alleged market abuse. Ellerton knew he was telling his own solicitors a pack of lies.  No surprise there.

This was proven to be an Ellerton fantasy put out by the SER black arts Dept for propaganda in the RNS of the 25 February 2013. Read it Here I was completely exonerated by the FSA. Now FCA.

Now there are three confirmed suspects who spoke to Harriet two of them I will name. Michael Green, Alex Walters.  Obviously these two were acting as ‘Agent Provocateur’s’ for the third individual. Walters has now been given the order of the boot. Green should follow.

When I published my statement on 7th May 2013 Read Here regarding the apology given to me by The Daily Telegraph, Sefton/Green immediately began briefing City brokers and Institutions & Bulletin Board morons that the Telegraph had not apologised. I had “invented it.” I print excerpts of the apology below.

Following publication on January 29, The Telegraph did not receive any further contact or complaint from you until April 26. sic> Your May 6 email to me was the first time you set out clearly the issue you had with our article. (This was rebutted I had actually contacted Harriet on numerous occasions requesting that she remove the offending defamatory statements.)

Although I am unclear why it took three months to complain, now that we are aware that your position is that you have never shorted Sefton Resources, I have arranged to remove that line from the online copy and apologise to you for any confusion.

I trust this addresses your concerns.

It is Crystal clear “I have arranged to remove that line from the online copy and apologise to you for any confusion.”

I am of course meeting with my solicitors tomorrow to discuss a counter claim against Individual/s and Sefton Resources. It could get very messy once again. Not too mention expensive for Sefton AND a certain Individual/s.

You do not defame Daniel Levi and walk away Scott Free